This year’s potters’ day was a great success.  Full review and photographs of the day to follow shortly. 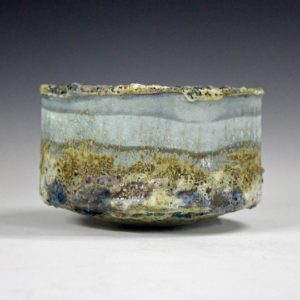 Paul Wearing is based in Cardiff where he has lived since starting his ceramics training in 1997. Upon graduation he co-founded Elements Studio and Gallery and since 2007 has been a member of the Fireworks Clay Studios cooperative, holding positions of Chair and Director. He gained Selected Membership of the CPA in 2016. He has exhibited widely across the UK and internationally and has been the recipient of numerous funding awards from the Arts Council of Wales. His work is hand-built, employing press-moulding and coiling techniques. His focus is on nature’s seasons and cycles expressed through simple cylinder and ellipse vessel forms contrasted with complex textured surfaces rendered by brushed layers of slips and glazes. He carries out multiple oxidized firings. 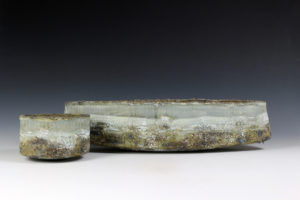